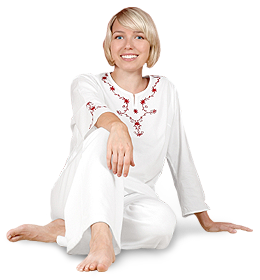 Arriving at a doctors office for the first time can be a nerve racking experience. Paperwork to fill out, new faces and names to learn, and getting to know your way around the office; this can hit the senses all the at same time causing overload.

In contrast, at Advanced Health Center, PC our aim is to  remove any  stress or causing unnecessary tension and make you feel comfortable. In this area of the website you will be able to take care of items necessary for your visit prior to arriving, in the comfort of your home.

• Chiropractic care has an excellent safety record. 21 This should be viewed in the context of other treatments for back pain such as steroids,22 pain medications23 and surgery.24 As a result, Doctors of Chiropractic (DCs) pay malpractice premiums at significantly lower rates than allopathic doctors (MDs).25

• The Doctor of Chiropractic (DC) collaborative, whole person-centered approach reflects the changing realities of health care delivery, and fits well into Accountable Care Organization (ACO) and patient-centered, medical home (PCMH) models bringing greater clinical efficiency, patient satisfaction and cost savings.26
• A systematic review in 2010 found that most studies suggest spinal adjustment achieves equal or superior improvement in pain and function when compared with other commonly used interventions for short, intermediate, and long-term follow-up.27
• The American College of Physicians and the American Pain Society jointly recommended in 2007 that clinicians consider spinal adjustment for patients who do not improve with self-care options.28

Primary Messages
• The chiropractic profession has relied on the largest and most credible research study to date on this issue (Cassidy et al). The study shows that a patient is as likely to have seen a medical doctor (MD) as a doctor
of chiropractic (DC) in the week prior to a vertebral artery dissection.
• The evidence suggests those experiencing symptoms of a stroke in progress—such as severe headache and/or neck pain—may visit an MD or a DC for treatment.

• Doctors of chiropractic are trained to provide informed consent, which involves describing to patients the risks and benefits of all treatment options.
• Millions of cervical adjustments are performed safely in the United States every year, providing patients relief from common forms of neck pain and headache, and helping them to get back to their normal activities.
• Doctors of chiropractic focus on using the least invasive, safe, conservative treatment options.

Approximately 27 million people in the U.S. seek the care of a chiropractor each year.

• There are risks and benefits to all treatments; however, the chance of experiencing a serious adverse event following neck adjustment is extremely low.
• The risk associated with neck adjustment and vertebral artery dissection/stroke is about 1 in 5.85
million adjustments – that’s far less than 1 in 1 million1.

• Chiropractic services offer a conservative approach to pain that can often help people reduce or eliminate the need for riskier treatments.

o A study in the Annals of Internal Medicine found that spinal manipulative therapy and exercise are more effective at relieving neck pain than pain medication.(7)
o Cervical adjustment has demonstrated physiological benefits. Studies have shown that it produces a consistent and significant increase in active range of motion.(8)
o The most common side effects associated with chiropractic care are temporary, mild and non-serious.  These are typically symptoms of increased pain, radiating pain, and/or stiffness that usually resolve within 24 hours of treatment. Serious complications are rarely associated with chiropractic care.

• Using a conservative approach to pain makes sense before moving on to riskier treatments.

o According to the Institute of Medicine, at least 1.5 million Americans are sickened, injured or killed each year by errors in prescribing, dispensing and taking medications.(9)
o One study estimated 100,000 patients are hospitalized every year in the United States for serious gastrointestinal complications due to the use of common non-steroidal anti-inflammatory drugs (NSAIDs) such as ibuprofen and naproxen. There are about 16,500 NSAID-related deaths annually in the United States, making this the 15th most common cause of death. (10)
o The CDC has classified the abuse of prescription opiod pain medications in the U.S. as an “epidemic,”  resulting in about 15,000 deaths per year.(11)
• Doctors of chiropractic have some of the lowest malpractice insurance premiums in health care because of the low risk associated with the treatments they utilize.